Just 30 days ago, a small army of Duchenne parents and organizations launched a petition asking the White House to urge the FDA to use accelerated approval to get treatments to Duchenne patients quickly.  I’m not sure we understood the monumental task in gathering 100,000 signatures to guarantee a White House response.  One hundred thousand – it felt a little like trying to understand the vastness of the solar system.  But it was one of those moments where we just had to decide – we had to believe, we had to jump in, we had to commit.  And now, we’re sitting here on the other side of 100,000.  Signatures from friends and family and strangers and celebrities are all virtually bundled together, knocking on the door of the White House, awaiting a response.

In the world of Duchenne, our lives are framed by numbers.  Statistics are constantly thrown at us — average age of wheelchair confinement (12), average life expectancy (early 20’s), number of years to develop a new drug (15), dollars to fund research (millions).  Numbers are often not our friend.  This White House petition changed all that.  There’s something special about 100,000.

Within these 100,000 signatures is a battle cry.  It is a drumbeat echoing the hearts that have been silenced by Duchenne. It is a message that is sure and steady and unwavering.  It leans into the opposition and says, “We are taking our children back, and we will not stop until there is a treatment for every single one of them.”

Inherent in 100,000 signatures is an exhilarating risk – the risk of believing, of opening our hearts to possibility, of urging our weary minds to believe that hope is real.

100,000 signatures is quite simply a declaration.  It’s a unified voice saying, “This is not supposed to be easy, but it is supposed to be worth it.”  Because our children are worth it.  They deserve it.

Within 100,000 signatures is transformation.  We have turned pain into passion, heartache into hope, and fear into fuel.  We have harnessed the collective tears of grieving families and turned them into a tidal wave of action.  We have transformed fractured efforts into solidarity. Nearly every Duchenne organization has linked arms and said YES to The Race to Yes.  We are motivated and united.  We are unstoppable.

These 100,000 signatures hold humility.  There is not one individual or one organization who is responsible for this success.  Everyone who did something, did what they could, and it all matters.

So, what’s in a number?  What’s in this number? Ultimately, within 100,000 signatures is saying “yes” to The Race to Yes.  Yes to a future for our children – to a future of graduations and girlfriends, and families and dreams.  Yes to possibilities and hopes and hugs and laughter.   Within these signatures is an incubator for hope.  Not the kind of hope that is vague in its definition and delayed in its delivery.  Rather the kind of hope that has done its pushups; the kind that is anchored in action, bolstered by belief and, ultimately, the kind of hope that is transformed into the birthplace of miracles.  Miracles that will be in time for this generation of children.  Miracles that will be waiting for generations to come. There is, indeed, something special about 100,000. 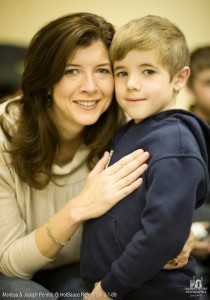